What is Surrealism Art? – A Practical Guide to the History & Techniques

What is Surrealism Art? Why does it matter? The history. The techniques. You can learn all about these in this article.

I spent a few weeks researching and gathering information. Hopefully, this article helps you better understand Surrealism and how you can use some of the techniques and ideas.

What is Surrealism Art?

Surrealism artists aimed to use the unconscious mind as a tool to create art. Surrealists often painted dream-like artworks that reject reality and often do not make rational sense. Surrealism artworks often are composed of weird, bizarre, or shocking imagery. Surrealists work in a lot of mediums. They don’t limit themselves to certain techniques, but rather stick to the concept of Surrealism.

The history behind Surrealism

Guillaume Apollinaire, a French poet, coined the term “Surrealism” in 1917 [1]. Things that are surreal are bizarre, unreal, strange, or unusual.

With over 37 million casualties, World War 1 disillusioned a lot of people from rationalism. They believed that if rational thoughts can lead to such a terrible war, maybe rational thought is not the answer to everything. You can see this with the Dada movement where the performance/artworks are often satirical and nonsensical. They questioned each element of society that started and prolonged the war. Dada was anti-war, anti-bourgeois, and even anti-Dada [2].

Then comes André Breton, a French writer and poet. Breton was sent to the war when he was 19 years old as a medic. After experiencing the horrors of war, he began to question the rationality of humans that led to the war.

Heavily inspired by the founder of psychoanalyst Sigmund Freud, Breton published the Surrealist Manifesto in 1924. There, he defined Surrealism as “pure psychic automatism, by which one proposes to express, either verbally, in writing, or by any other manner, the real functioning of thought. Dictation of thought in the absence of all control exercised by reason, outside of all aesthetic and moral preoccupation” [3]. He saw Surrealism as a way to break away from rational thoughts, and a new revolutionary way to unleash creativity.

A lot of different artists joined the Surrealism movement, and the group worked closely in Europe for quite some time. But, the group also experienced a lot of tension since Breton was zealous about his Surrealist ideology. He wanted the movement to be a revolution, but this alienated some of the members like Salvadore Dalí. He kicked members out of the group that did not align with his views of Surrealism or were not willing to support his political goals [4].

Some say that the Surrealism movement ended in 1966 when André Breton died. Yet, we still see a lot of surrealist elements in artworks up until today.

In this section, we’ll be going over a few famous Surrealist artists and some of their artworks. This will help you better understand Surrealism so you can incorporate new elements into your art if you choose to.

Salvador Dalí (1904-1989) was one of the most famous surrealist artists. He was known for his bizarre images, technical skills, and his cartoonish mustache. Dalí’s artworks often have dreamlike feelings and can shock or surprise the viewer.

In The Persistence of Memory, one of Dalí’s most famous artworks, objects seem to bend and warp around. In this piece, time literally bends which shows the fluidity of time [5]. The swarm of ants symbolizes decay and can be found in Dalí’s other artworks. The flesh that is melting in the center resembles Dalí.

René Magritte (1898-1967) was a well-known Belgian surrealist artist. He often created witty images that are thought-provoking and evoke mystery.

In The Treachery of Images, Magritte painted a pipe and wrote: “Ceci n’est pas une pipe” which means “This is not a pipe” in French. The painting is just a painting of a pipe but not an actual pipe. This creates a paradox and makes us question the relationship between words, objects, and paintings of objects [6].

Frida Khalo (1907-1954) was a Mexican surrealist artist that suffered a lot of physical trauma and painted out those sufferings. As a child, she suffered from polio. As a teenager, a bus accident almost killed her. She suffered spinal injuries as well as multiple fractures and a broken foot. Throughout her life, she had 30 surgical operations [7].

In The Wounded Deer, Frida Khalo portrayed herself as a young deer with a lot of arrows sticking out of her back. The forest has dead trees, a broken branch, and a dark color theme to give the feeling of desperation and fear. The arrows on her back represent her frustration with her failed spinal surgery in New York in 1946 [8].

Max Ernst (1891-1976) was a German painter, graphic artist, sculptor, poet, and pioneer for both the Dada and Surrealism movements. Ernst experienced the trauma of WWI and became disillusioned from the western culture at the time. Also influenced by the works of psychologist Sigmund Freud, Ernst joined Andre Breton and other surrealists [9].

In The Elephant Celebes, Max Ernst used a variety of techniques like collage and exaggeration to express surrealism. He used a Konkombwa, a huge Sudanese barrel for storing corn, as inspiration for drawing the elephant [10]. He placed the horizon line low on the canvas to make the elephant seem bigger and other objects seem smaller. The fish and headless woman makes the painting even more dream-like.

Joan Miró (1893-1983) was a Spanish Catalan artist that worked with sculptures, paintings, and ceramics [11]. His early works were greatly inspired by Cubism. While he never joined the Surrealist group, he worked with Max Ernst and held exhibits with Salvador Dali and Rene Magritte.

In Harlequin’s Carnival, Joan Miró gave shapes to his previous experiences and memories. Critics interpret it as a representation of the unconscious mind [12]. This chaotic but playful painting has many biomorphic shapes, shapes that resemble organic things but are hard to identify exactly what they are.

Now that you understand what is surrealism art, here are a few surrealists techniques that you can use in your artwork!

Automatic drawing/automatism is the process of drawing whatever that comes to mind as you try to suppress conscious thought. You let the unconscious take over and paint without placing any logical judgment on your thoughts. Try to not think and just draw.

You can use frottage by placing your paper on top of an object like a leaf or a coin. Then rub your pencil or other tools like charcoal over the paper to get the texture or image of the object under the paper. Try this on leaves, coins, wood floors, rocks, or any object you can think of.

Grattage, a technique used by Max Ernst and Joan Miró, is when you scrape (usually wet) paint to form shapes or lines. You can, for example, paint over a textured black canvas with multiple colors. Then scrape the paint off the canvas with a sharp blade or other objects to form a cat, a tree, or whatever you are drawing.

You can also have multiple layers of paint. Paint an empty canvas with a color (or colors) of your choice. Let the paint dry. Then paint another layer on top of the previous paint. Scrape off the wet paint to reveal the colors underneath the top layer.

While the name is quite odd, this technique is quite fun. You simply paint/draw a part of the artwork, then pass it on to other artists to contribute to the art. The result is a clash of different styles and objects that make a surreal artwork.

Also used by Max Ernst, decalcomania is when you spread thick paint on a canvas. Then cover the canvas with a sheet of paper, foil, or other textured sheets. Remove the top sheet in the direction and sequence you like to create different patterns.

This is more of a concept than an actual technique. You place things that normally don’t belong with each other to create unexpected, shocking imagery. Surrealists like Salvador Dalí often used this as you can see in his Lobster Telephone.

Transformation is when you transform part of the object you are drawing into another object. Here’s an example I sketched using the transformation technique. The jaws of an alligator transform into a stapler. You can transform one object into a different object. For example, you can draw your arm that transforms into scissors.

Invented by Ithell Colquhoun, parsemage is when you skim off the dust from charcoal or colored chalk that you scatter on the surface of the water. You dip in paper, canvas, or cardboard into the water and get an interesting pattern.

Examples of Surrealism in modern artworks

If you haven’t already heard of him, Beeple is a digital artist that recently sold one of his artworks for over $69 million [13]. Beeple has been creating and publishing one digital artwork every single day for over 13 years. His artworks are often strange, dream-like, and yes, surreal. Beeple often includes pop culture icons and even political figures in his work. He often portrays them in ridiculous, logic-defying ways.

Inspired by the Surrealists, Julie Curtiss embraced psychology concepts and use them in her art. She often uses juxtapositions and portrays human body parts in unexpected ways. For example, in No Place Like Home, Curtiss drew a cooked turkey but with hair to represent the meat and skin. The painting “suggests discomfiting associations between sex and eating, human and animal, without making any moralizing or definitive claims” [14].

What to do next

There are many artists today that still use concepts and techniques that were created back in the Surrealism movement. Hopefully, you learned something new and useful from this article. Be sure to also check out our guide to composition in art. 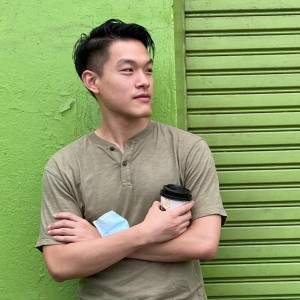 I'm an art lover, and I love to draw in my spare time. I started my art journey back in high school where I took classes at school and after school. Misled by stereotypes of starving artists, I picked an engineering major for college and abandoned art. After discovering my lack of interest in school, I decided to commit to pursuing art! I hope to share with you everything I've learned (and am learning) in my art journey. 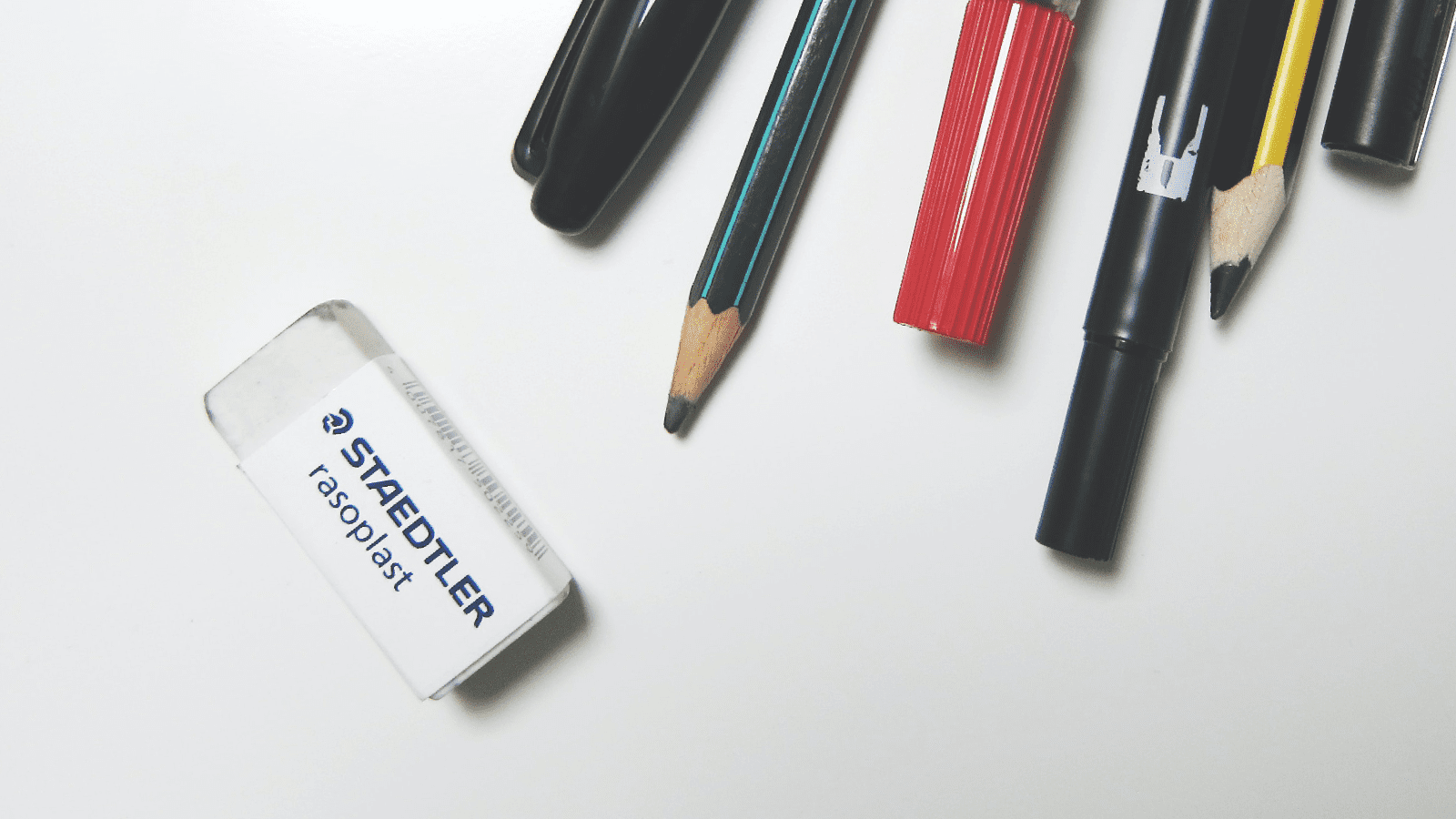 Best Eraser For Colored Pencils in 2022 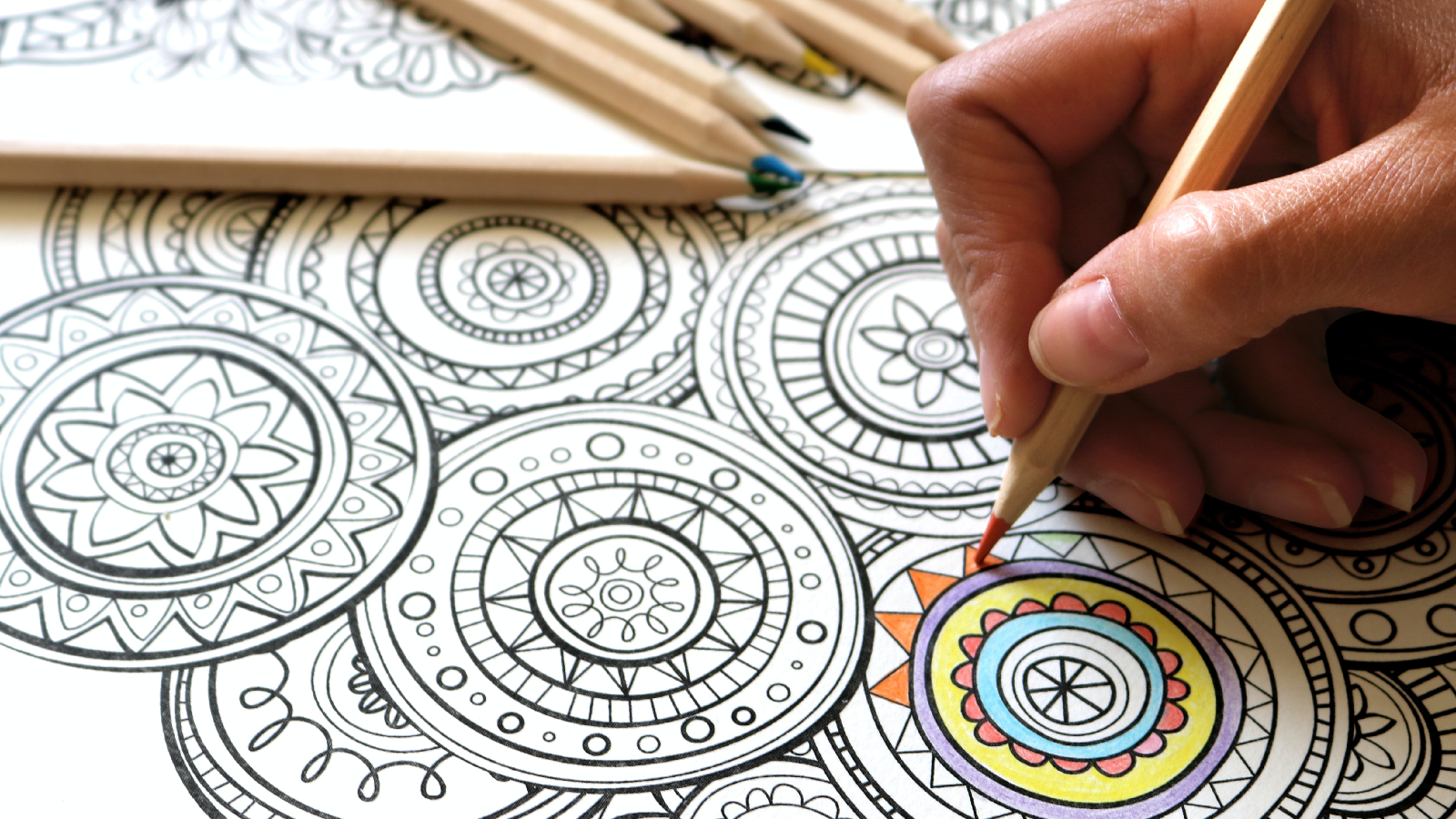 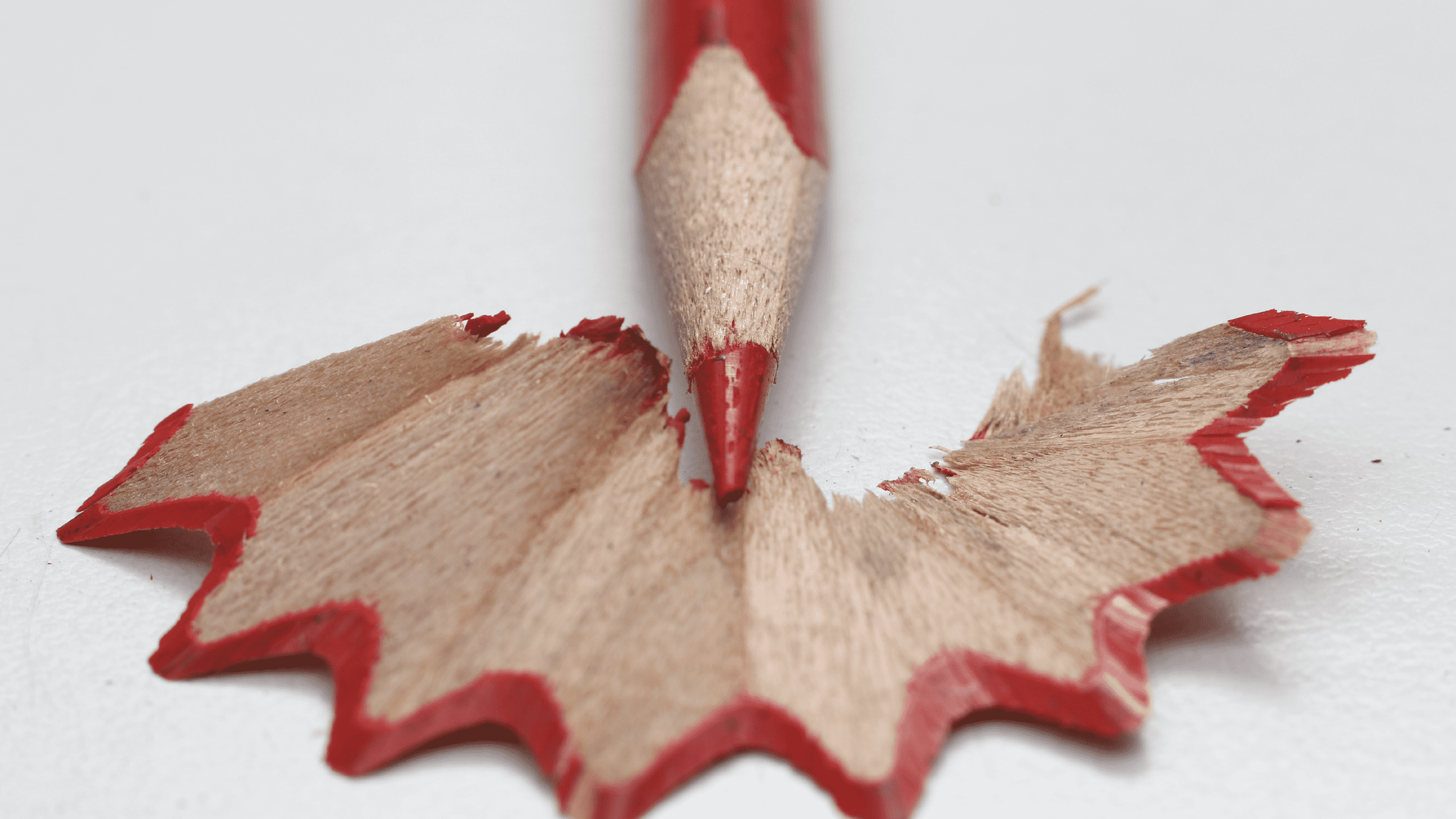 Best Sharpener for Colored Pencils in 2022 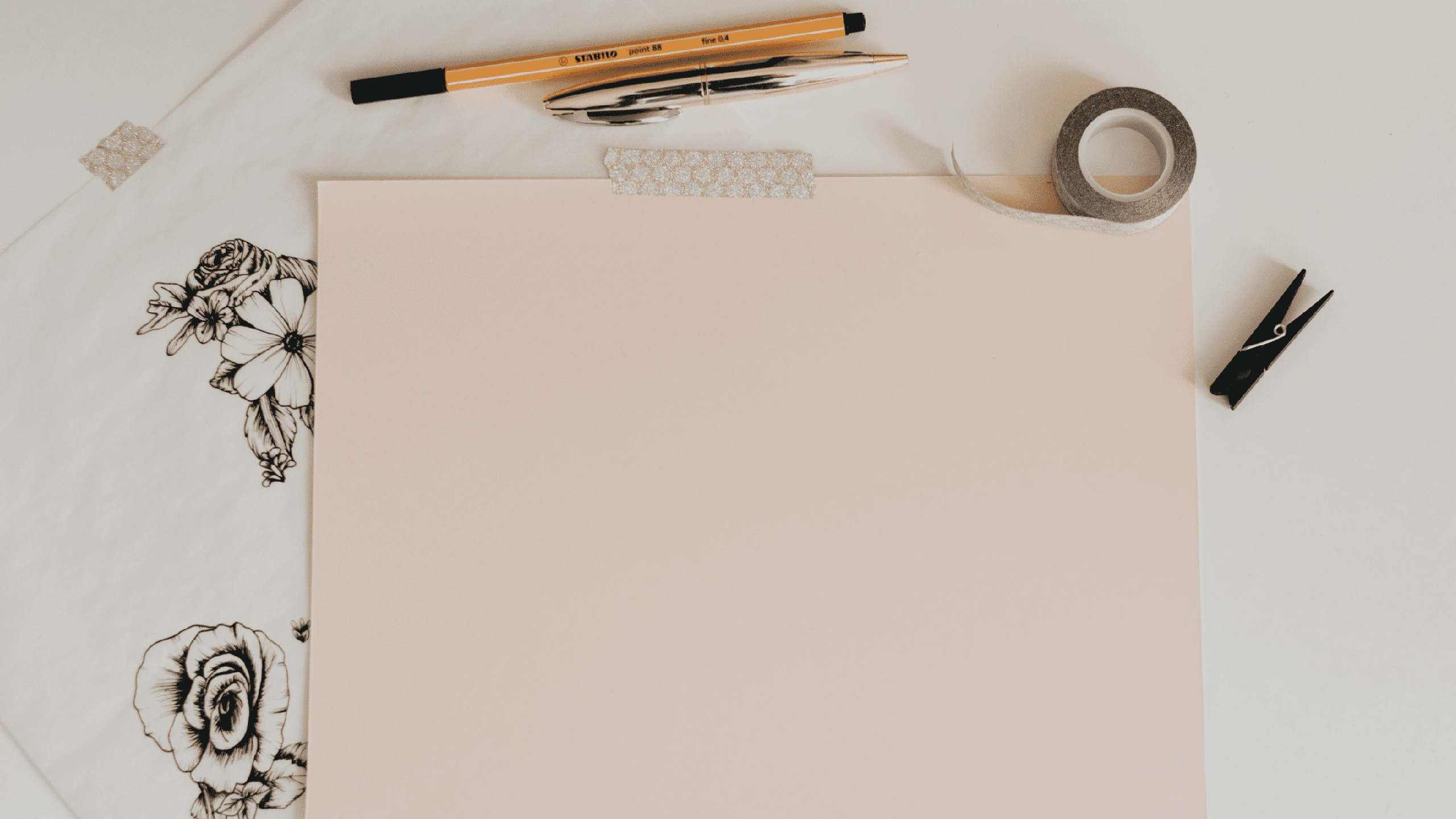 Blick Art Materials is our favorite art supplies store. They have everything ranging from watercolor paints and markers all the way to easels and cutting tools. Check out their online store by using the link below! 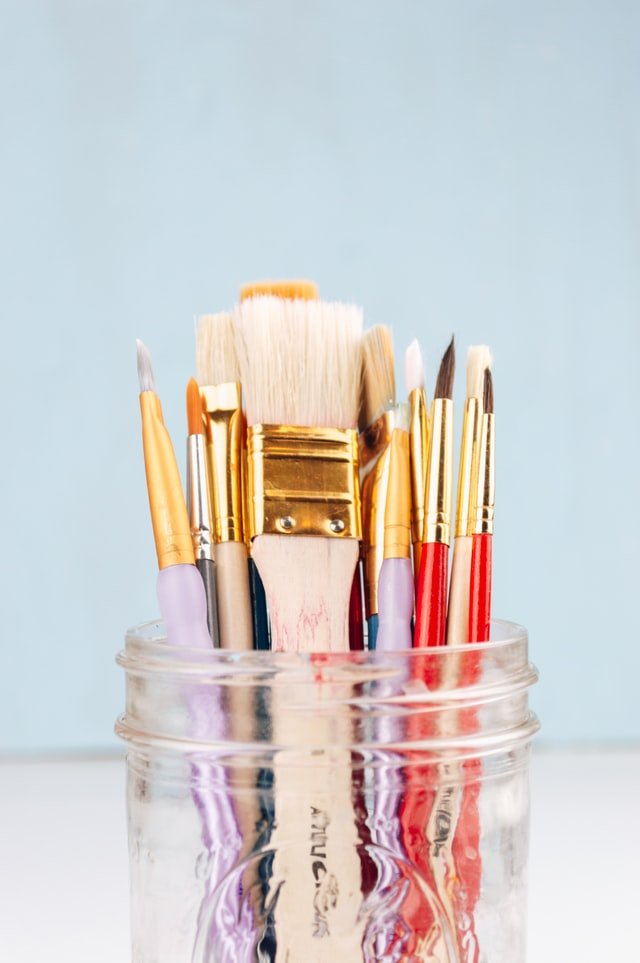